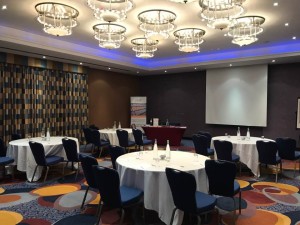 Last night, I was in a hotel near Gatwick, running a 90-minute session for CIMA. I helped attendees develop their networking skills by playing a series of interactive games. They went away with the networking tools, techniques and confidence to boost their profile, source new clients and benefit their career. Here’s how:

I’m delighted to be running a training session at RISE on 3 March, helping attendees present themselves professionally online so they can break into the creative arts sector.

I’ve been invited to talk about copywriting for Asia Professional Speakers Singapore. I was due to visit the country last year, until travel restrictions meant my trip was cancelled. This time, it’s a Zoom call Read more…

I’ve agreed to run an interactive session for the BHS networking group in Denver on 4 March. The organiser found me thanks to my profile on eSpeakers. I’ve only recently completed it, after achieving my Read more…